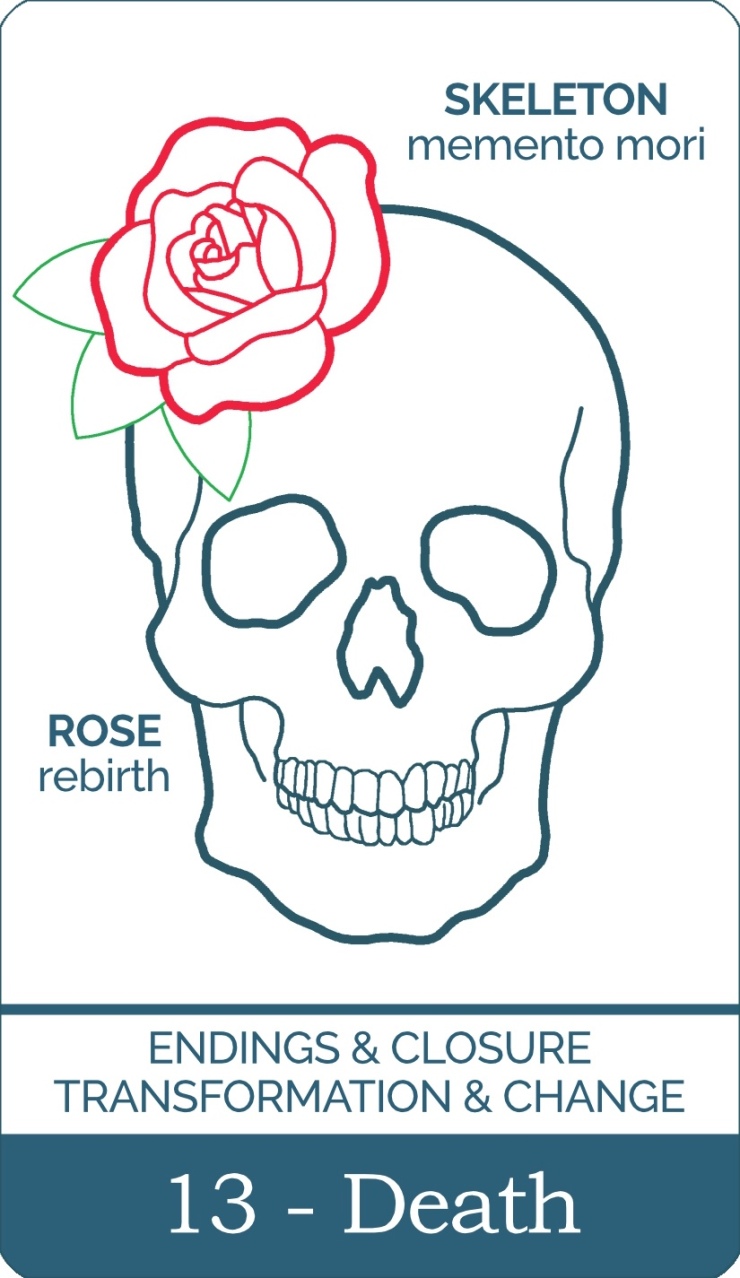 From The Simple Tarot

Despite the imagery, this card rarely has anything to do with actual, physical death. Instead, it’s a card of rebirth with a message to let go of the past to move on to something better. The Death card indicates involuntary changes and major transformations. Be prepared for the worst, but expect the best eventual outcome.

Like the mythical Phoenix rising from the ashes, the Death card indicates one cycle is ending and another is beginning. There is a major transition happening where you must leave your old life and start something new.

What physical reactions do you have to this card?